Steve Jobs through sheer tenacity and resilience, focused on simplicity. Fired from Apple, created NEXT, rehired by Apple because he knew above all else simplicity matters. 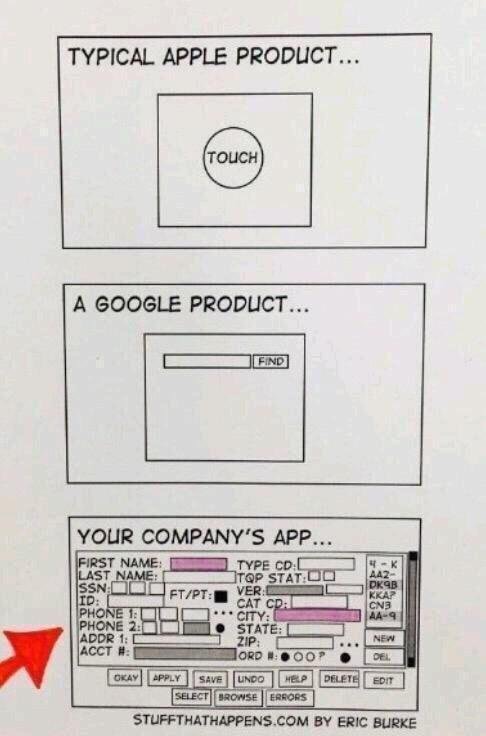 The Utility industry work force is passing this ephemeral moment in technology development. Jobs’ vision while transformative was painful, knowing beforehand ‘NEXT’ was never to be successful. He was not creating gadgets, but rather an ecosystem and few saw it for what it was.

Utilities like the earlier Apple are switching gear, outsourcing client facing interactions, making grids two-way but few are developing people and larger ecosystems for the transformative steps necessary to make the ‘NEXT’ step to ‘Touch’.

Stepping through customer interface phase of collecting data utility work forces and the technologies behind them need a home where they can be left outside of the economic pressures, allowed to fail, and above all allowed to grow outside of the current utility constraints and thinking of ‘Your Company’s App’. Utilities have work forces lead by the John Scully’s today with many Steve Wozniak’s hidden in the deep tunnel and junction boxes of offices. While absolutely brilliant in their respective jobs, they will fail, because they cannot ‘touch’.

The utility grid and systems of our country require a work force that comes from ‘simplicity’ where underlying technologies of hugely complex grids, wires, and transformers is worked out and hidden behind the scenes.