Why is energy efficiency not embedded in Wall Streets agenda? Let me share a story. A CEO of a large multi-national you and I know shared with me how much cash he was losing from various issues – a yet to be reported manager’s fraud, overpaying certain workers, and healthcare costs. These he recognized were “material issues”. 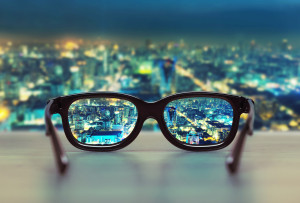 As he contemplated his course of action, he knew not taking action was unacceptable to his Board, shareholders and the public.  Financial analysts would soon get wind of these transgressions. By doing nothing risked a range of effects from impacting the short-term valuation of the stock to possibly being inconveniently censored since Wall Street monitors such things in standard financial reporting.

Back in the CEO’s operations however, energy flows through his plants, distribution centers, data centers exactly like cash. Imagine $$$ floating around through those wires, HVAC vents, and out the door flowing through the organization, accounted for, and lost just like cash.

The key difference is that energy unlike cash hasn’t had standardized metrics deployed globally, even nationally, like Wall Street analysts are used to seeing in a financial report. 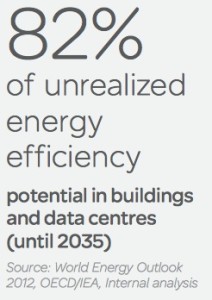 This lack of standardization has created a credibility problem for energy, its suppliers and those that manage it, including those who monitor its performance of use.

Energy isn’t really on the official Wall Street agenda says my CEO friend, it’s not a “material issue” (aka… it doesn’t make a difference).

Despite the creation of third-party Standards and Programs, the same ones that failed to detect the VW software scandal, energy is wasted at a horrific rate in the U.S. due to simple lack of accountability and metrics.

Buildings on average waste 82% of their energy according to a recent study by OECD. Manufacturing and Industrial operations are likewise not much better with product efficiency not far behind.

My CEO friend said “If I allowed millions of dollars to be wasted on healthcare, personnel costs, or travel expenses like this, I wouldn’t be CEO for long”

Wall Street hypothesizes the total cost of energy is not material, but I argue and god forgive me for agreeing with Al Gore, when you lump it together with economic costs of Climate Change impact, Waste generation, etc. it is a material issue.

Ending with my CEO. He says that if standardized metrics were in place to baseline, measure and monitor energy just like cash reporting it as financial metric with precise margins, trends, and forecasts then inaction with respect to waste and efficiency of use would be a thing of the past. Ninety-nine percent of organizations either don’t want or simply cannot handle the level of accountability placed upon cash as would be necessary for the same performance with respect to energy.